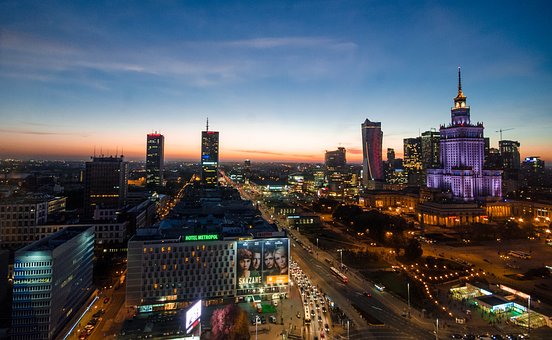 We’ll begin with the easy one. When many people think of Poland, they think of the country’s (mostly sad) history in WWII. For anyone interested in this tragic part of human history, Poland is a must-visit country.
The most evident is the haunting and upsetting Auschwitz-Birkenau concentration and death camp, located about one hour outside of Krakow. It is required to pre-book a tour around the camp. The guide offers great perspective on what could otherwise be an entirely surreal experience. No matter how much you’ve read about what happened at Aushwitz throughout the atrocities of the war, being there is a sobering and psychological experience.
Walking around Krakow, you can explore the former Jewish ghetto and Plaszow concentration camp. These are well known as the actual location of many of the events depicted in Steven Spielberg’s film Schindler’s List. The relatively new museum in Schindler’s former mill is one of the best WWII museum’s we have ever visited (and we have been to a lot), and must be a must-see for anyone visiting Krakow.
A bit more off the beaten path is Westerplatte, just outside the northern city of Gdansk. This is where the first official shots have been fired of WWII, between the Germans and the Poles on September 1, 1939.
“Beauty” and”Poland” aren’t two words most men and women put in exactly the exact same sentence, but that’s a mistake. Despite considerable destruction during WWII, some older towns lived, and many others have been rebuilt in much the same way as they existed prior to the war.
Most travelers think of just Krakow. Granted, the old town of Krakow is as beautiful as it is overrun with tourists. The old city of Warsaw is very underrated. While most (or all) of it had to be rebuilt after the war, it’s still a beautiful and interesting place to explore, full of restaurants, pubs, churches, and monuments.
We were pleasantly surprised by the northern port city of Gdansk, which was probably our favorite city to explore in the whole country.
To get off the beaten path a little, try Wroclaw. This town is know as the”Venice of Poland” due to the many canals through the city centre. Spend your time searching for the 300 gnomes scattered through town.
Or get out of the centre of Krakow to check out the neighbourhood of Nowa Huta, a planned community given as a”gift” in the USSR to Poland and intended to be a communist utopia.
3.
Poland has amazing hiking. Who knew? An (optimistic) two hour bus ride south of Krakow brings you to Zakopane, and alpine city that would not be out of place in Austria or Switzerland, but happens to be in the Polish Tatra Mountains. The views from popular Mt Giewont are magnificent if you’re able to deal with the crowds coming up the cable car on busy evenings. Try going in the shoulder season for a quieter experience.
4. What more do you require? You like savory? Done! You need something sweet? No problem. How can such a simple dish be so yummy? For the true connoisseur, get to Krakow for the yearly Pierogi Festival every August.
In the event you ever get tired of meat/potato/cheese/fruit filled dumplings, we also found great pizza (CZIKAGO in Zakopane), amazing kebabs (Sapko Kebab in Warsaw), and even good sushi (Sushi Corner in Wroclaw), although the latter took a bit of searching on our part.
Ensure you wash all that great food down with some local vodka!
5. And Finally, the Beaches!
Yes, you read that right. Beaches. In Poland. Granted, the Baltic Sea can be a bit nippy, but those Poles are hardy people. The beach at Sopot, near Gdansk, was busy and beautiful.